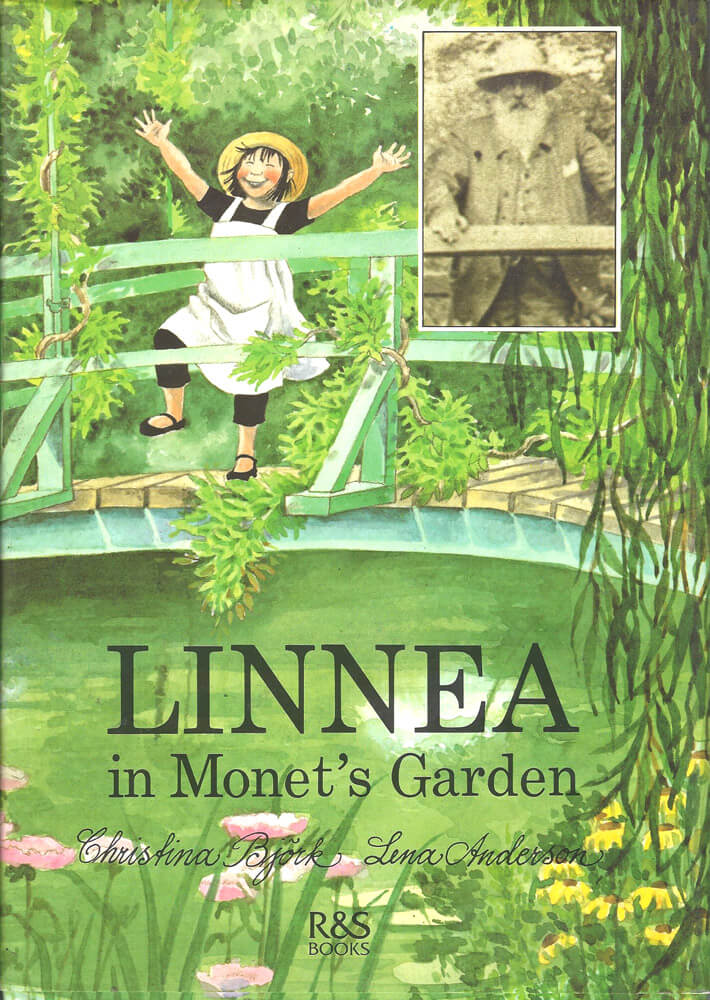 This will be my second Mother’s Day without my Mom and I would like to share some thoughts and memories with you as she was the biggest supporter of all my many projects, hobbies and especially Chameleon.  As many of you know she was an integral part of the Pasadena Chameleon Store.  Though 99 years old, legally blind from macular degeneration and still bowling at the time we opened the Pasadena Chameleon, she would walk up to the store with her little white cane and her cute white hat and greet customers. She would try to clean the floor or open boxes (big hint – don’t give a box cutter to a blind, insistent, overly-helpful parent!)

One of my favorite episodes was the morning I told Mom that I would pick her up and bring her to the store because I was meeting a sales Rep in the afternoon and she could welcome customers for me.  Of course she gleefully agreed!  Earlier in the day, before I was going to pick her up, I had an appointment with another sales Rep, Steve Rexford.

As Steve was showing me the new fabrics, customers began entering the store and since I was the only employee, I began waiting on them.  The phone rang and Steve offered to answer it for me.  After the customers left I asked Steve, “Who was on the phone?”  He replied that he had answered the phone the way I instructed him…“Chameleon, this is Steve” …but whoever it was hung up.  Without giving it another thought, Steve continued showing me the new fabrics, and eventually he left.

About 30 minutes after Steve left, I saw my Mother walking in front of the store.  I ran to the door.  “Mom, what are you doing? I yelled into her good ear.

“Camay, is that you?” she kept asking while trying to see my face.  “Are you alright?” she continued.

“Yes, why?” I replied. I practically broke into tears of joy and love as she said…

“Well, I called and a man answered and I thought you were being robbed so I got a taxi and told the driver if I didn’t come out in 10 minutes to call the police!”

Still admiring her great motherly response, I questioned her, “And what would you do if I was being robbed?”

To which she replied, “I’d hit him with my cane!” 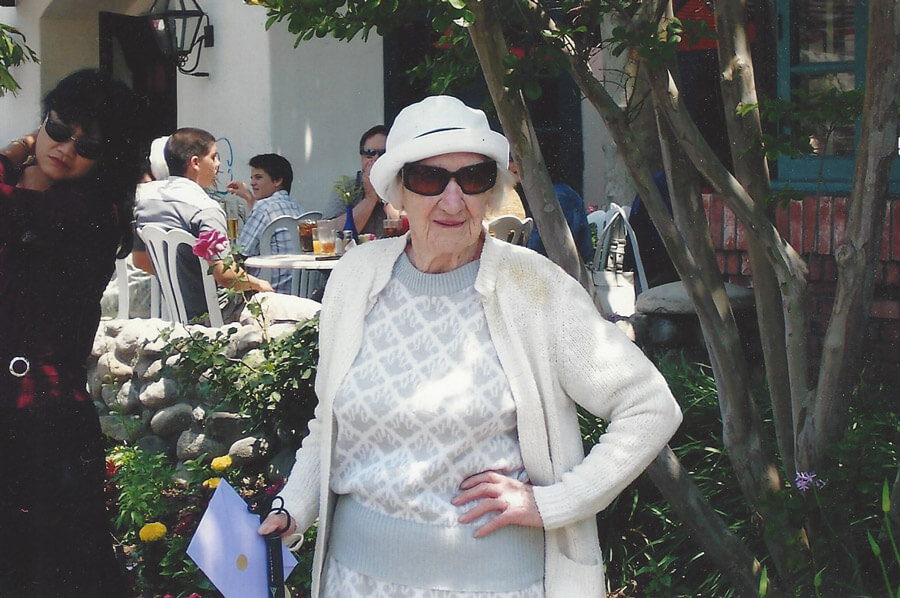 In Mom’s later years (99-102) she vigorously collected Liberty Quarters. She would scan every coin under her special magnifying projector to check its date. After her passing at the ripe age of 102 (she wanted to match her older sister Mary who also died at 102…and ½ – which I never had the heart to tell Mom), we found jars and coffee cans filled with Liberty Quarters. I don’t know if they are worth anything but I can’t part with them yet.

One afternoon we went to the Rite-Aid on the corner of Hill and Washington. There was a beggar seated in front of the store. As we walked inside she asked if that was indeed a homeless person on the cold concrete. I confirmed and she just said “Hmmmm…”

Upon exiting the store we were halfway to the car when she stopped and said “I think you should give him some money”. I positioned her at the vehicle and ran back across the lot to give him some change. When I returned to Mom she asked what I had given him. I replied that I had given him some change.
“Not the quarters!” she screamed. “Give him a dollar or something…anything but not the quarters!” She continued angrily.
I sprinted across the lot and asked the man if I could have the change back and would give some dollar bills. He dumped his hold bag on the sidewalk by the entry as I began digging to find “the quarters”. I got many looks of disgust and confusion as people passed by but no embarrassment would deter me from my mission to make my Mom happy. 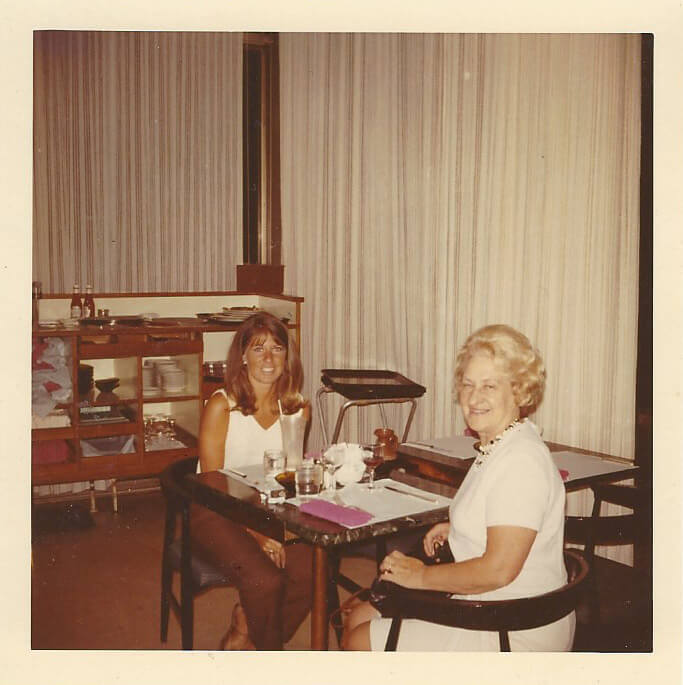 My Mom loved to travel and someday I will continue this blog with some of her great adventures. The picture above is of my Mom and I at the Athens Hilton Coffee Shop in 1971. I was living and working as a tour guide in Israel at the time and my great tan is from days on the beaches at Tel Aviv.
My Mom was a traveling companion to Mrs. Louis A. Webb, one of the founders of the Pasadena Foundation and rewarded my Mom with many trips abroad. I flew over from Israel to meet my Mom in Athens. It was just a wonderful memory – both of us doing what we loved. 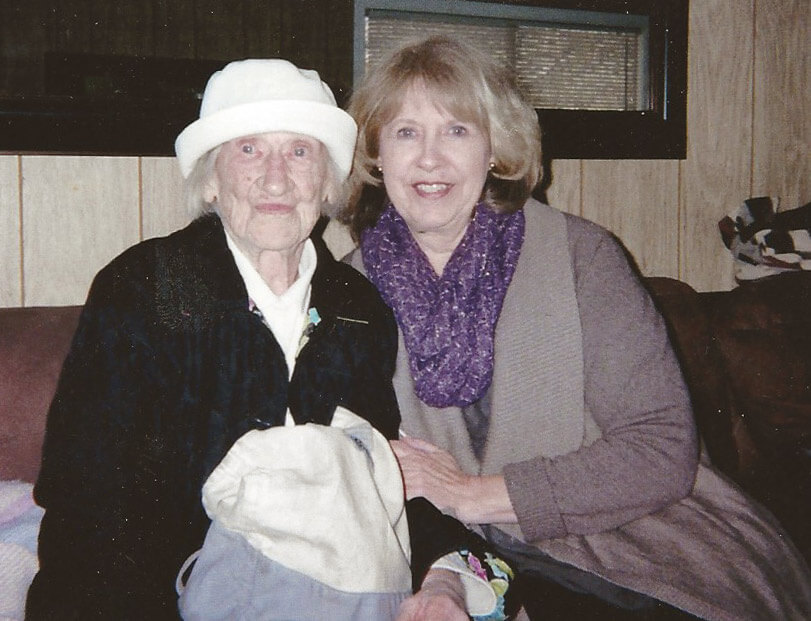 This last picture is of Mom and I together for Thanksgiving in Redding.  It was the last time she “traveled”.  What a trooper.  My husband, Win, picked her up in Pasadena the day before and brought her to Arroyo Grande.  We left Arroyo Grande at 3:00 am to be in San Francisco to see her grandson’s Wingtip Store in San Francisco. After a brief tour we ventured on to Redding to have the Thanksgiving meal.  What is memorable about this trip is that she did not eat or drink for 18 hours (because she didn’t want us to have to stop in case she needed to use the restroom).  If I had known what this was going to do to her mental state I would have force-fed her!!!  My message to anyone with a senior parent is make them eat and drink!   Easier said than done.

Happy Mother’s Day to all – and to all I wish the best memories of your Mothers!