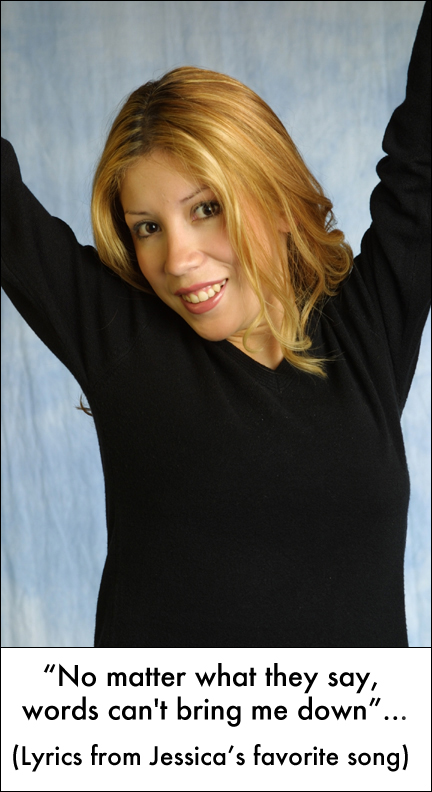 Cystic fibrosis is an inherited condition for which there are only temporary treatments. It was given the nickname 65 roses supposedly because a toddler once told her mother that her friend had “65 roses…cys-tic-fib-ro-sis”.

Jessica battled the condition bravely. One day Jessica called me at the store begging my help. She explained that she had gone to a new doctor and one of the nurses saw how thin Jessica was (an effect of the Cystic Fibrosis) and thought the teen was anorexic. The nurse without inquiring apparently had called Child Protective services and they were visiting the home several times a day to make sure Jessica was being fed! Jessica was frantic and was concerned for how stressed her Mom was. After hours of phone calls and including a call to my state assemblyman, the CPS visits were called off. What amazed me after this incident was that all Jessica could think of was how to thank Chameleon. She began coming in to do data entry for me.